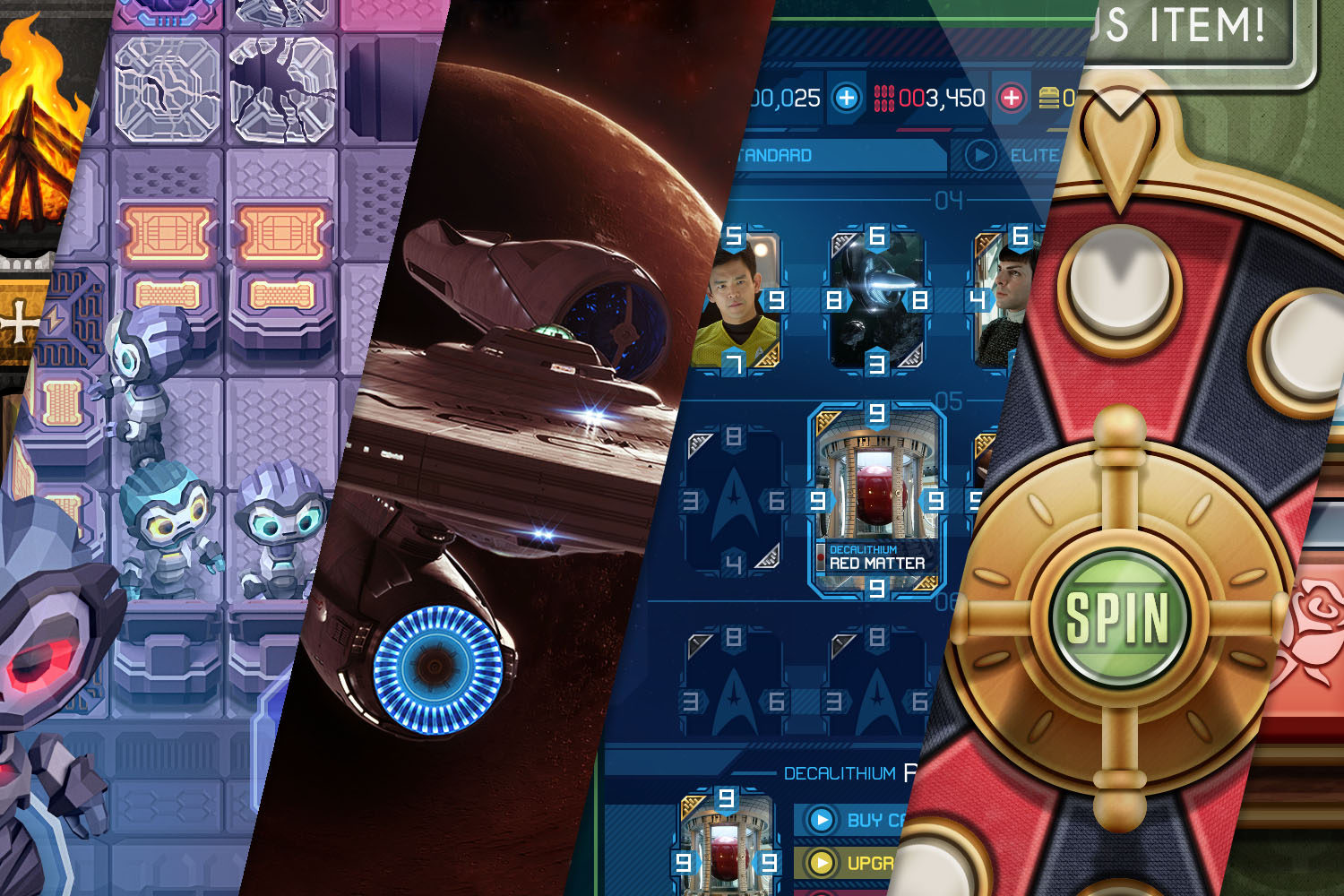 In more than 6 years as a mobile-centric studio, Elephant Mouse has developed and published nearly a dozen games for iOS. Some highlights:

Elephant Mouse partnered with CBS Interactive, Paramount Pictures, and Bad Robot to develop Star Trek: Rivals, a dynamic card game for iOS featuring characters, starships, and other elements from the 2013 film Star Trek: Into Darkness. The game launched alongside the sequel film Into Darkness in May 2013.

We developed and published casino slots titles for iOS featuring The Godfather and Hansel and Gretel films, produced in conjunction with Paramount Pictures.